I have made huge progress in the past few weeks. Previously I could speed run the demo in under 5 minutes. Now I've yet to get through it in under 15 minutes (I think sub 10 minute runs are possible though). So, yeah, there's a lot more to the game. I have another large area that I want to build before MAGFest. The demo build on itch has been updated also.

Here's a short list of some of the biggest new features...

Here's a gif showing off the conveyor belts and laser...

The tile randomization is really cool. I wanted something to help with repeating patterns of tiles without needing to do the level design work to add variation.

So, it searches for these blue rock tiles that are surround by that same type. The it randomly swaps it for 3 other tiles and applies some rotation and mirroring to further mix it up. This is really helpful on both the art and level design side. It is also doing similar stuff for a few other tile types. 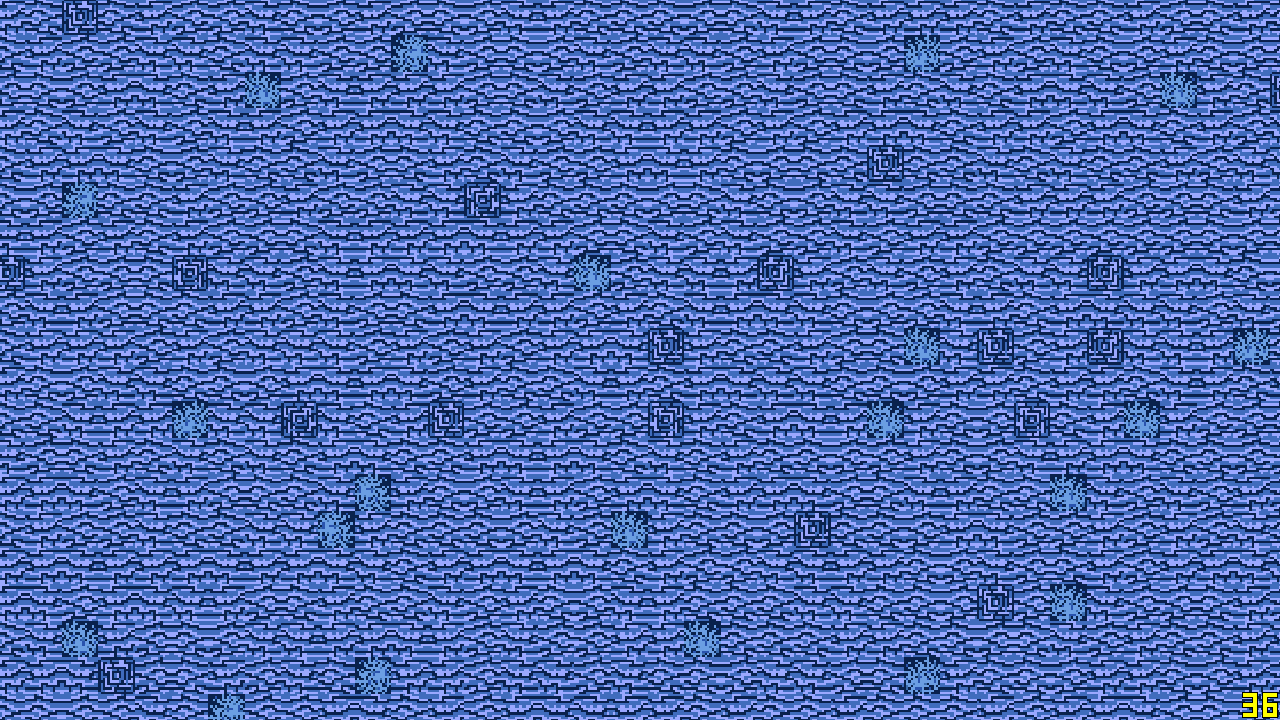 Here's 2 more bonus gifs because I love you guys!